World renowned bassist, awarded composure and tutor, Petros Klampanis  based both in New York and Athens, Greece, has earned acclaim as “a formidable player and composer” (JazzTimes) and “a musician who has always spoken from the heart” (Downbeat)

In this workshop Petros will focus and elaborate  on grooves and concepts about polyrhythms: how to study rhythm, solidify your time, grow your pulse and be more aware time wise. He will talk about developing your personal voice as an artist: He will talk about arrangement, composition and the state of mind that helps for evolving, as an artist. Lastly, he will talk about Jazz improvisation, chordal approach on soloing and melodic construction.

NAMED A “BASS ACE” by Bass Player Magazine, awarded composer and bassist Petros Klampanis grew up in Greece, surrounded by the confluence of Mediterranean and Balkan folk music. Now based in NYC, he is curious in his approach, always seeking unique ways to integrate elements from multiple genres, ranging from classical music to pop. Klampanis’ varied musical life journey brings aggressive melodicism, beautiful intonation, and uniquely personal string writing. Klampanis has collaborated with world acclaimed artists such as Snarky Puppy, Greg Osby, Jaques Morelenbaum, Shai Maestro, Gilad Hekselman, Ari Hoenig, Jean-Michel Pilc, Antonio Sanchez. In addition to his extensive list of appearances in the US, including the storied venues of Carnegie Hall, Lincoln Center and Blue Note Jazz Club in New York and Kennedy Center in Washington DC, he has performed at the internationally acclaimed JazzAhead Festival in Bremen, XJazz Festival in Berlin, as well as Megaron Mousikis Athinon, Megaron Mousikis Thessalonikis, Onassis Foundation Performing Centre of NYC and Niarchos Foundation Cultural Centre.  His latest album,  Chroma, released by Motema records, was awarded as the best Live album of 2017, by the Independent Music Awards and was featured in major international radio and press outlets including WBGO, FIP (French Public Radio), TSF (acclaimed radio station in France), ‘Jazz’ magazine, DownBeat and JazzTimes. Since 2011, he has recorded 3 albums as a leader, receiving praise for his playing and composing.  His debut album “Contextual” was released by Inner Circle Music a prestigious NYC based label, while his second album “Minor Dispute”,  was selected as one of the best jazz records in 2015 by NPR (National Public Radio USA). Back in his country, Greece, Klampanis’ work is highly acclaimed. His music have been performed by Greek Public Symphonic Orchestra and by MOYSA the Symphonic Youth Orchestra of Thessaloniki. He is  collaborating as producer and performer with major greek artists such as Dimitra Galani, Maria Farantouri and Marios Frangoulis. Recently his passion for new media, social media and visual arts, led to his latest independent YouTube music video project “Rooftop Stories”,  a combination of solo bass and electronic music elements, covering his favourite songs from jazz standards to indie to greek folk music. This evolved into a new experimental live act, that has been presented in NY (Rockwood MusicHall), exclusive house concerts and in the US and Greece. He is currently producing his 4th album and touring with his “Petros Klampanis Trio” in the US, Canada, EU and Japan.

END_OF_DOCUMENT_TOKEN_TO_BE_REPLACED 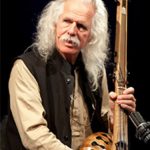 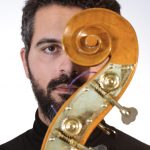